The most epic misadventures are rounded up from the internet to create this show that’s all about unearthing comedy gold, created under the strangest of circumstances.  These moments of ridiculousness happen anytime and anywhere – the shopping mall, school, in traffic, at home and in the great outdoors.  No occasion is too sacred for a moment to become ridiculous.  Graduations, weddings and even baptisms have proven to be most ridiculous!  Get ready for big laughs as animals, toddlers and adults showcase their hilarious misfortunes.
Programme: Angie Tribeca Season 1
Date: Wednesday 25 October
Time: 21:00 CAT
Channel: Comedy Central (DStv channel 122) 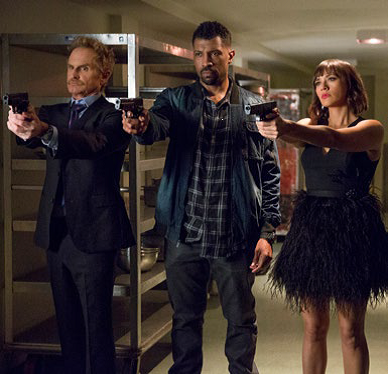 Remember The Office, the single-camera series starring Steve Carell and Rashida Jones?  Well the award-winning comedians have teamed up again to bring you a laugh-out-loud detective series, which has been described as a small-screen version of The Naked Gun.  Executive produced by Steve and his wife Nancy, the show stars Rashida Jones as an LA cop whose team of misfits tackle the city’s most serious cases, from the murder of a ventriloquist to an illegal pet ferret.  Look out for guest stars Lisa Kudrow, Jeff Dunham, James Franco and Bill Murray.
It's only fair to share...