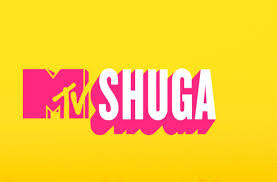 The first night of the awards ceremony celebrates the excellence in the technical craft of the South African Film and Television industry and all of the hardworking men and women behind-the-scenes who work tirelessly to bring the magic to the screens.

“The invaluable partnership between VIMN Africa’s MTV Base and the MTV Staying Alive Foundation serves to empower young people on the continent,” says Monde Twala, Vice President for Youth, Music and BET at Viacom International Media Networks Africa, “It’s the strength of local storytelling by local talent, and the innate understanding of our audience, that has ensured that MTV Shuga and the complimentary shows like MTV Shuga IRL continues to expand its Pan-African and global fan base.”

Spearheaded by the MTV Staying Alive Foundation, MTV Shuga is a TV drama that is part of a broad-based mass media campaign focused on HIV prevention and sexual reproductive health.  As part of the wider campaign, a documentary called MTV Shuga: IRL (In Real Life) was also produced, that looks at the real-life stories behind the fictional drama of MTV Shuga. The audience is guided throughout the documentary by various cast members from MTV Shuga. The show has proved to be impactful across the African continent because it tells the truth about the realities of young people’s experience. It’s relatable, raw and real.

Says Georgia Arnold, Executive Director, MTV Staying Alive Foundation: “I’m absolutely thrilled that MTV Shuga: In Real Life has won the SAFTA for Best Youth Programme 2018.  MTV Shuga IRL is a testament to the complexities of young people’s day to day lives, and as the programme leads us through the three stories, it allows space for the audience to reflect, rather than judge; and as always with all MTV Shuga content, there is a clear link at the end to real-life support and advice for anyone who needs it. Importantly the funding of the series through our partners is what ensures we are able to expand positive impact in society.”

“In order to produce this show, we asked young people going through hard real-life truths to trust us with their stories and they did, which is what made MTV Shuga – In Real Life such a powerful show.  I love that the MTV Staying Alive Foundation boldly embraces these real issues,” says show director Tarryn Crossman.