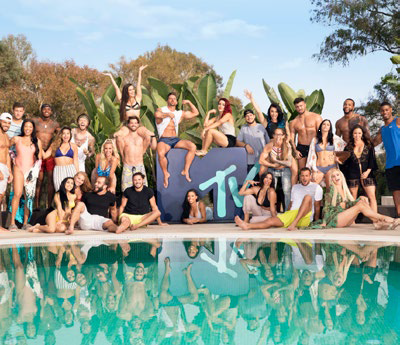 MTV has thrown together 28 cream-of-the-crop reality TV celebs in The Challenge:Vendettas.  These reality TV stars are angry and have revenge on the cards.  Stars from MTV UK’s Ex on the Beach and Geordie Shore along with contestants from Big Brother will join The Challenge fan favourites as they travel to Spain to pursue their personal vendettas against one another.  This season, for the first time, every player is out solely for themselves, not their team.  Only one winner will come out on top, competing to win the final prize that has the potential to exceed US $500 000.Programme: Jersey Shore – Family Vacation
Date: Thursday 12 April
Time: 21:15 CAT
Channel: MTV (DStv channel 130)

The idea of a family vacation sounds like fun at first, but after two days cramped together in the same quarters, conflicting opinions and past regressions have your irritation levels bubbling over.  So what better way to get the original Jersey Shore housemates together than to go on a family holiday together!  This April on MTV Deena Nicole Cortese, Paul “Pauly D” Delvecchio, Jenni “JWOWW” Farley, Vinny Guadagnino, Ronnie Ortiz-Magro, Nicole “Snooki” Polizzi and Mike “The Situation” Sorrentino gather in Miami for a holiday family reunion of low morals and high drama.
It's only fair to share...